The Kambo Life has been crazy for the last couple of months. On top of Steven and I both returning to school, the girls have started third grade and Orion has started kindergarten. We have had a rash of family emergencies, including health scares, leaking roofs, and car troubles. But we’re all ok and working on moving forward. I wanted to share about a recent grilling that I experienced with Blair. It highlighted to me how much the kids are paying attention, how much they internalize, and how much of a negotiator Blair is.

Last weekend Steven got a well-deserved break and went on a hiking trip with his brother and friends. That meant that I was left with the kids for four days. Now, I’m a capable person, I’ve been with my children alone on numerous occasions. The difference is this elephant in the room called medical school. So I still went to school and was the sole source of parental attention for four days. I got a lot of cuddles and a lot of questions. Cue Blair.

Saturday morning, I asked Blair if she wanted to see the new My Little Pony movie. She was really excited and said she wanted to go. The next logical question was when would we go see it? I told her that we had to start setting aside money so that we could take them all to the movies. I explained to her that we had to pay bills first before we could have fun. She thought carefully for a few minutes and said, “But the lights are on and we still have a house so why don’t we have movie money?” Blair is always willing to bargain to get her way. She will commonly not take the first or second no for her answer, modifying her request until she hears yes. I don’t want her to lose this. I want her to be driven in what she wants, I want her to be able to bargain and compromise, and I want her to be able to defend her choices. So we don’t correct these things. We do point out when her altered bargains don’t make sense, or give her an answer she can’t argue with. For example:

Blair: When I let the dogs out, can I go outside with them?

Blair: Can I go if I put on shoes? (this is also a reason that she’s told no.)

Us: That won’t change the fact that it’s dark…

In this way, she still lets the dogs out, she still stays inside, but she isn’t discouraged from bargaining. And knowing Blair, she’ll come up with a more reasonable response at another time that we can’t argue with. She’s been known to say “Can I play on your phone so that you’re not distracted while driving?” She’s definitely applying her skills. 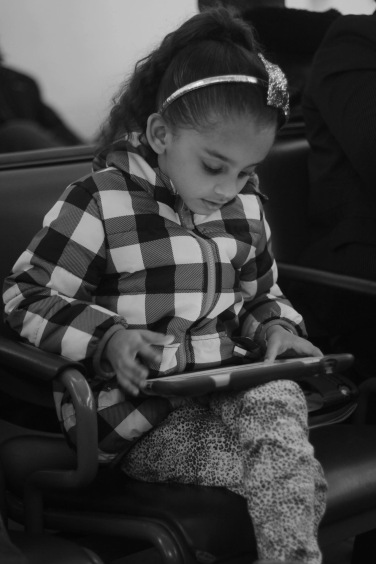 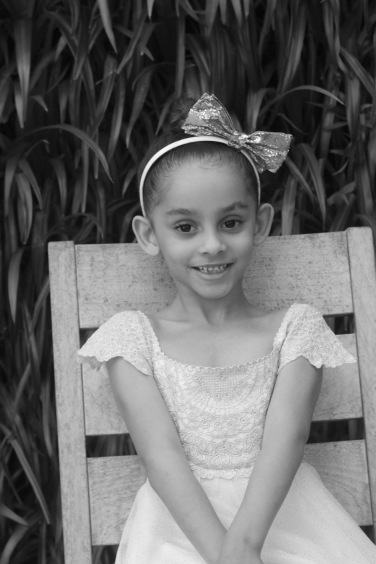 On Sunday morning, Blair had written a note to a boy at our church, asking him on a date. This subject always raises red flags for me because 1. I don’t want my kids to grow up, and 2. I don’t want to think about my kids dating. Ever. So this lead to a conversation about dating. I asked her what a “date” meant to her, and her answer surprised me. “Sitting on the porch, watching the sun set over a river.” I need to find out what these kids are watching on their iPads. To continue to assess the severity of this problem I asked her what the purpose of dating was. “To find someone to marry.” I sent her away. I couldn’t believe she had such a clear idea of dating and its purpose. She’s going to give us trouble later, to be sure. Our job now is to teach her how to make good choices and convince her that she should date when she’s…. 30.